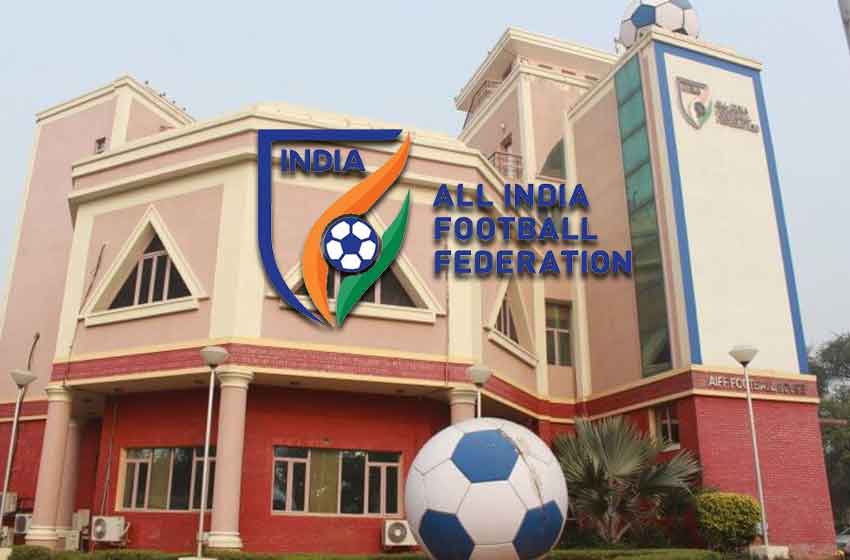 The All India Football Federation (AIFF) has taken several steps over the last few months in order to improve and further develop the game in India.

The All India Football Federation (AIFF) on December 16 had unveiled the logo for its bid to host the 2027 AFC Asian Cup, and the campaign slogan, ‘Brighter Future Together’.

India is among five countries bidding for the tournament along with Asian champions Qatar, Saudi Arabia, Iran and Uzbekistan.

If India manages to host the tournament, it will give the Indian team the opportunity to come up with their best performance in their home conditions.

Another big achievement by the AIFF is bagging the rights to host the women’s AFC Asian Cup.

After being granted the hosting rights by the Asian Football Confederation (AFC), India is all set to host the Women’s Asia Cup in 2022. The event will take place from January 20 to February 6 in 2022.

The number of participating teams has now been expanded from 8 to 12, which will be further divided into three groups. A total of eight teams will play to qualify for the newly-introduced quarter-finals. A minimum 25 matches will be played over 18 days between participating countries.

The Women’s Asia Cup 2022 also serves as a qualification tournament for FIFA Women’s World Cup 2023. Five Asian teams will be seen sealing their spot to join co-host Australia for the 32-team global showpiece.

The qualifiers for the tournament will take place in a centralized venue from September 13 to September 25, 2021, as the continent’s battle for the final eight places to join the three highest-ranked sides from the last edition, Japan, Australia and China, who are automatically qualified alongside host India.

AIFF is also aiming to increase the number of games in the popular Indian Super League (ISL).

Chief of AIFF Praful Patel had chaired AIFF’s Executive Committee Meeting held via video conferencing in May, 2020 and the committee discussed and felt that as per the AFC regulation of clubs needing to play minimum 27 matches for them to gain eligibility to play in the AFC Champions League, clubs playing in the ISL need to play more matches not just to adhere to the guidelines, but also for the holistic development of players, and domestic football.

As per a reports, though, the expansion has been put on hold for the ongoing season owing to the current Covid-19 circumstances, the AIFF has sought a one-year exemption from the AFC.

The AIFF Executive Committee recommended this plan be made so that it can be implemented by 2021-22.

AIFF has also expressed its desire to host the games in Group E (West Zone) of the AFC Champions League (ACL) and Group D of the AFC Cup.

Goa and Kolkata are set to be the host venues if the country gets to host the two Asian competitions this season.

FC Goa, who will be the first Indian club to play in the group stages of the ACL, has been drawn alongside the likes of Iran’s Persepolis and Qatar’s Al-Rayyan in Group E of the ACL. UAE’s Al-Wahda FC and Iraq’s Al-Zawraa SC will lock horns in the play-off West 4 qualifying match and the winner of the tie will be the fourth team in Group ‘E’.