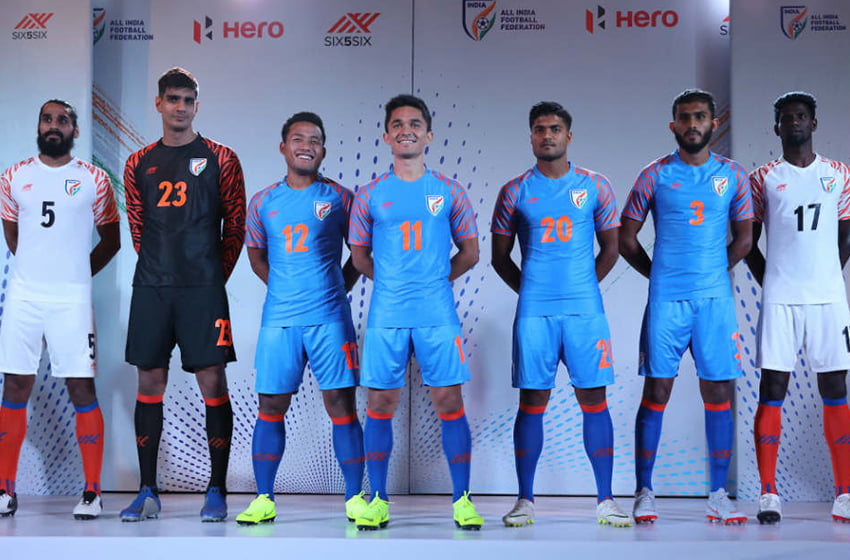 Strengthening its bid to host the 2027 Asian Cup, the All India Football Federation (AIFF) has released a 177-page bid book on Monday which contains the extreme details of the country’s aggressive plans to host the tournament.

The continental body has given an estimated budget of Rs 318.65 crore and plans to host the Asian Cup across 11 cities and 12 stadiums including a brand-new facility in Navi Mumbai. Pandemic insurance, a promise to increase participation in youth leagues by 10-fold and a testimony from England and Chelsea midfielder Callum Hudson-Odoi are also part of the massive proposal.

However, the Indian national team has an extremely poor record in the Asian Cup. They have qualified just four times, and twice in the last three decades. The team did not qualify from the group stages both in 2011 and 2019. India is in contention to qualify for the 2023 edition. The winning bid for the 2027 Asian Cup will be announced in 2021 and the hosts will get a guaranteed spot in the tournament.

The potential host cities for the 24-nation championship as proposed by the AIFF are Ahmedabad, Bhubaneswar, Goa, Guwahati, Hyderabad, Kochi, Kolkata, Navi Mumbai (two venues, DY Patil and yet-to-be-constructed Panvel-Khargar Stadium), New Delhi, Pune and Thiruvananthapuram. The two semi-finals are likely to be played in New Delhi and Navi Mumbai.

Iran, Qatar and Saudi Arabia are the other countries apart from India who have confirmed their interest in hosting the Asian Cup. While Qatar plans to host the tournament in 12 stadiums just like India, Iran has put forward 14 stadiums in 9 cities and Saudi Arabia has chosen 10 stadiums, including back-up venues.

Qatar, however, has a hefty budget of nearly $137 million compared to India’s $44 million. Saudi Arabia and Iran have not provided their total estimated budget.

Nearly half of India’s estimated budget has been allocated to infrastructure development and safety and security of the tournament. The AIFF has projected that upgrading stadiums and training facilities will cost Rs 92.20 crore. Pune’s Balewadi Sports Complex, the federation said, would require the most upgradation, worth nearly Rs 37 crore, followed by Hyderabad’s GMC Balayogi Stadium (approximately Rs 30 crore). The construction of the 40,000-seater Panvel-Khargar Stadium in Navi Mumbai is expected to be complete in 2026.

Safety and security have been estimated to cost Rs 55 crore while the Local Organising Committee’s workforce budget is projected to be Rs 57 crore. The bid book stated that the ‘host stages and the AIFF aim to generate USD 100 million from domestic and international tourism associated with the tournament’. The AIFF also expects to generate approximately Rs 76 crore through ticket revenues, with the cheapest ticket likely to cost Rs 500.

The AIFF said the tentative budget included operating cost to host the 2026 Asian Under-23 Championship, which will be a preparatory tournament for the eventual host of the 2027 Asian Cup.

Although it wasn’t made clear who will foot the bill for the tournament, the AIFF claimed its bid has ‘the full, unwavering support of the Hon’ble Prime Minister of India, the National Government and the top state leadership.’ “It is a matter of national importance for which both central and state government are committed to setting their political differences aside to combine their efforts and showcase India to world,” the bid document stated.

Last week, a parliamentary committee recommended, too, that India should host more international events. In its bid book, the AIFF has cited the country’s experience of hosting international events and the ‘successful delivery of major football tournaments’, including the 2017 Under-17 World Cup.

The AIFF has quoted Hudson-Odoi, who was part of the U-17 World Cup-winning England team, in its bid book as saying that ‘playing in India is unreal.’

Hosting the Asian Cup, the federation said, was ‘closely aligned with our mission to further promote mass participation and develop our football teams.’ The AIFF also said they will conduct events similar to the Mission XI Million programme, held prior to the 2017 under-17 World Cup, to increase youth participation.

Joe Burns dropped ahead of Third Test, David Warner and Will Pucovski included in the squad