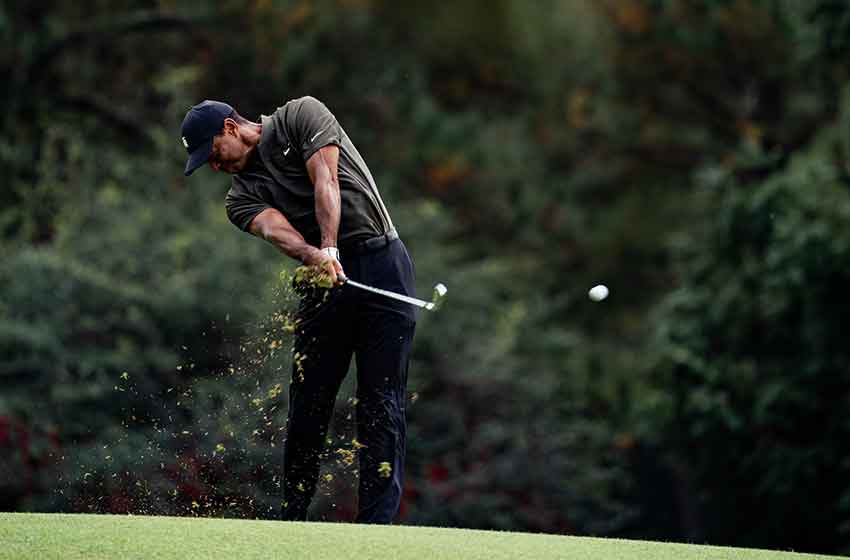 Tiger Woods was among the ones to complete his first round as the rain delayed the start of the Masters, 19 months after the last edition in April, 2019 in Augusta, Georgia. The defending champion, who has played little golf since the pandemic-forced stoppage and even after its resumption, opened with a flawless 4-under 68 that put him three behind the leader, Paul Casey (65) and the 15-time Major winner was placed Tied-fourth, though 44 players have yet to finish their first 18 holes.

Earlier in near-darkness in the morning, legends Jack Nicklaus and Gary Player got the Masters off to a customary ‘ceremonial’ start but the competing players did not get off till much later. The rain pushed back tee times three hours. The rain-delayed first round was suspended for darkness with 44 players, roughly half the field of 93, still out on the course at 5:30 p.m. They restart at 7:30 a.m., with round two set to begin at 9:35 a.m. Friday.

When play began the putts did not break and the greens were soft, made softer by the rain. He mud balls could have been a problem, but Casey was lucky not to have any.

Woods began his round at the 10th hole at 10:55. Among the many first was that he has never started a Masters on 10. And yes, it was also the first November Masters.

It was Woods’ first bogey-free effort at the Masters since 2008, and also his first bogey free round in his last 106 rounds in the majors. He played well enough to hit 10 of 14 fairways and 15 of 18 greens, but needed 30 putts.

He admitted, “The only thing I could say is I wish I could have made a couple more putts. I missed everything on the high side. Putts just aren’t moving.” Clearly, the Bermuda grass and the rain was the reason.

Casey, 43, shot a 7-under 65 to take early lead. was about to start his round when play was called on account of rain but when he returned he got all his 18 holes in perfect conditions.

Bryson DeChambeau had a double bogey on the short Par-5 13th but finished with a 70, and that was also the score the 62-year-old Augustan Larry Mize shot.

At 5 under through 10 holes, Justin Thomas, whose best finish here is T-12,  had the best round going among the late starters. “I’ve got a lot of golf left,” said Thomas. “Just go home and get some rest. It’s a long day tomorrow.”

Woods, who can take inspiration from the ceremonial starter, Nicklaus, who won his last Masters at 46 in 1986 – Woods will be 45 next month – said, “My body is feeling better than I did last year.”

Woods has already mentioned that using Nicklaus as an inspiration, he could have a few more shots at the Masters.

Woods started on the back nine and with no patrons to cheer him, he went about the place in the manner of a champion, that he hopes to be once again on Sunday. Yes, he was also taken aback by the newly-introduced drones to cover the Masters.

Woods summed it up, as he said, “There’s no patrons, no roars. Yes, as the camera guys would say, ‘Where did the ball end up? Because we just don’t know.’ That’s very different. A lot of firsts today. That’s kind of the way this entire year has been. The fact that we’re able to compete for a Masters this year, considering all that’s been going on, it’s a great opportunity for all of us.”

“There was a drone flying over the putting green,” he said. “I got off to a fast start today, which is good, but I think everyone is. Everyone is going low out there today. With these conditions, you have to. You have to be aggressive. There’s no reason why you can’t fire at a lot of the flags,” he added.

Matsuyama enjoyed his best opening round at Augusta National with a 4-under 68 in what his ninth appearance at the Masters.

Jazz, the 2019 Asian Tour No. 1, was delighted with a solid debut at Augusta National following a 3-under 69 highlighted by six birdies including four over his closing six holes.  It was also his best first round score in what is his sixth major appearance.