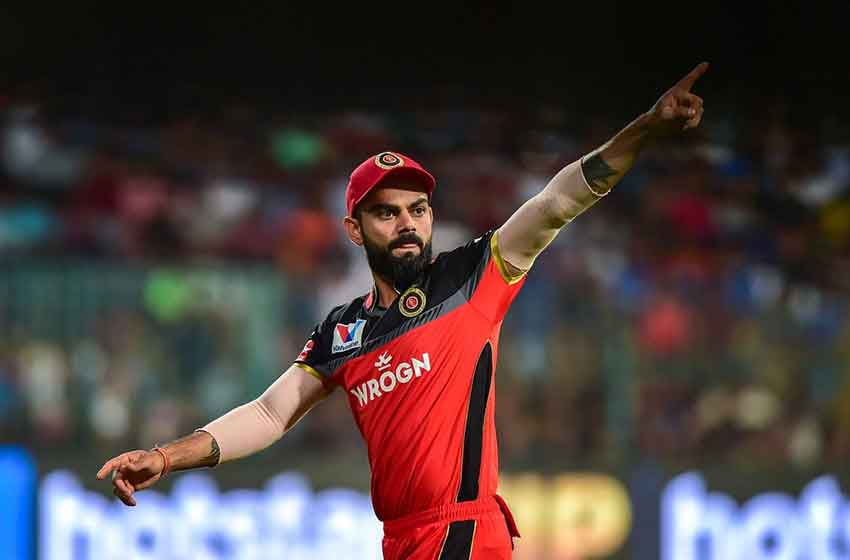 Virat Kohli wants more options for captains to use the decision review system (DRS) to arrive at a decision with the help of the TV umpire for close calls. The Royal Challengers Bangalore skipper is of the opinion that the captains should also be given the option of reviewing close calls for the wide and the waist-high deliveries.

The close calls in high intensity games in the T20 format can make or break the game of teams. Kohli, hosting a series of web chats with sports icons, opined that this is more important for a high profile tournament like the Indian Premier League and added his team Royal Challengers Bangalore have “discussed it internally” as “these things can make a massive difference”, states a report by national news agency PTI.

“We have seen this historically how big these things can be in such a high-profile tournament like IPL and in general T20 cricket. It is a fast-paced game and you can miss a small margin and we have all seen this is a big factor. If you lose the game by a run and you are not able to review that wide, it could make a massive difference in someone’s campaign.” added the RCB skipper.

The Kings XI Punjab skipper Rahul backed the idea mooted by Kohli. “If that rule comes in, it is very good. You can give a team two reviews and say you can use it for whatever,” said Rahul.

Rahul also advocated that the number of reviews per innings per team should be increased to two from the one at present. There were more suggestions to make the game more interesting, like more runs for bigger hits.

“If someone hits a six over 100 metres, it should be given more runs. I will ask my bowlers about this,” opined Rahul.

Indian Premier League at an offshore venue amidst the COVID-19 was an obvious questions when two IPL skippers were in conversation. “I was nervous coming into the tournament. I was scared from injury point of view, that fear was always there,” Rahul said.

“There was self doubt, the other part is skill, after having not played for such a long period of time. I was a little nervous but I knew I would enjoy a lot. Once the tournament started, you started getting into the groove… the fear was starting to go away.”

We need to get people back to stadiums: Guardiola to Kohli

MPL puts spotlight on users in its new campaign video