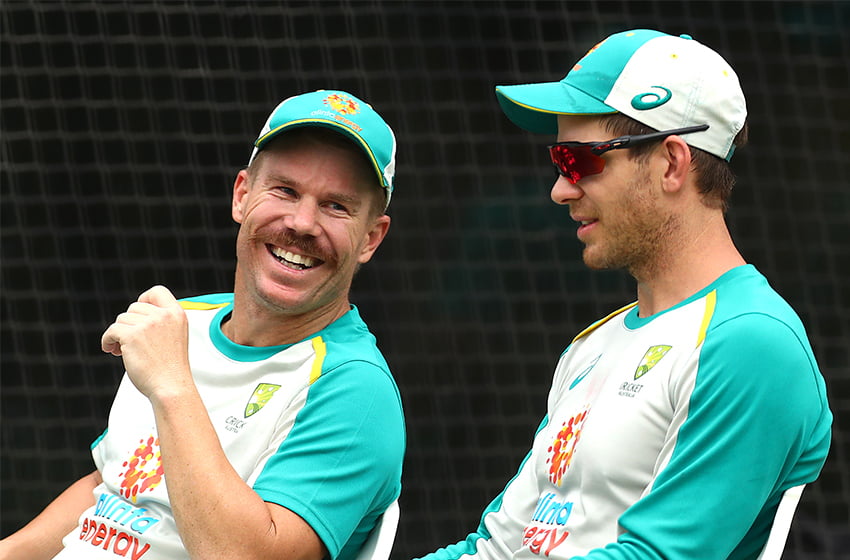 Aussie opener David Warner missed out on the first two Tests at Adelaide and Melbourne due to a groin injury he picked up in the second ODI vs India. However, the batsman was added to the squad ahead of the third Test in Sydney alongside Will Pucovski, who is yet to make his Test debut.

And now, in what can be considered as a massive boost for the Australian side, head coach Justin Langer has confirmed that David Warner is ‘very likely’ to play the New Year’s Test starting from January 7. Speaking about the same, Langer labeled the left-hander as a warrior and mentioned that he is determined to take part in the match.

“Very hopeful that David will be ready for the third Test, he is a bit of a warrior, isn’t he? I have said this since day one that he is doing everything possible to be ready for the third Test, he looks like he is moving very well, he is very determined to play, he loves the competition and he loves playing Test cricket, we will get some final eyes on him this afternoon during training and we will make a discussion on that. He is looking very likely to play the Test match,” said Langer at the pre-match press conference.

“David has played a lot of white-ball cricket recently, a bit like Steve Smith, David probably has not played any four-day cricket for probably 12 months now. He is a master of the game and his experience will help him through that,” he added.

The Australian batting line up has struggled to tackle an in-form Indian bowling attack in the series so far. The inclusion of Warner up the order will definitely strengthen the line-up and the team will be relying hugely on the 34-year-old for a good start with the bat.

Speaking about Warner’s field placement, Langer said that the player might be positioned at the slips to avoid intense workload just after making a comeback.

“I think David Warner’s batting will be fine, there might be some different movements he might need to make in the field, so we might him get into the slips, I still remember some brilliant catches he took in Leeds in 2019 Ashes, he is a such a natural talent, he is going to be playing with some pain and like a lot of cricketers, you play through some levels of pain, he is willing to take that on and hopefully, it won’t hamper too much,” Langer said.

“If we thought if are taking a big risk of injuring Warner again, we would not be taking the risk. He has had a good rehab, he might be a little restricted in the field, that area might get a little bit fatigued as he has not played Test cricket for a while but we will not risk if we thought he is going to re-injure himself back again,” he added.

CSK set to release Piyush Chawla and Kedar Jadhav ahead of IPL 2021
BCCI ends partnership with IMG after 13 years
Player retention deadline set to January 21, trading window closes February 4: IPL chairman Brijesh ...
Indian rider CS Santosh in medically-induced coma after suffering crash in Dakar Rally
Reports say that India will not fly to Brisbane, CA waiting for confirmation
Oman gets approval from the ICC to host Test cricket in February 2021
Rohit Sharma to open the batting at Sydney, confirms Ajinkya Rahane
MCG under investigation after a fan at the ground tests positive for Covid-19
India first choice to host IPL 2021, mini-auction in February
Indian player was approached illegally by Delhi-based 'nurse' during IPL 2020
Sourav Ganguly to be released from the hospital on January 6
India vs Australia: KL Rahul ruled out of remaining Tests with wrist injury
Tags: Australia David Warner India Justin Langer

India vs Australia: KL Rahul ruled out of remaining Tests with wrist injury