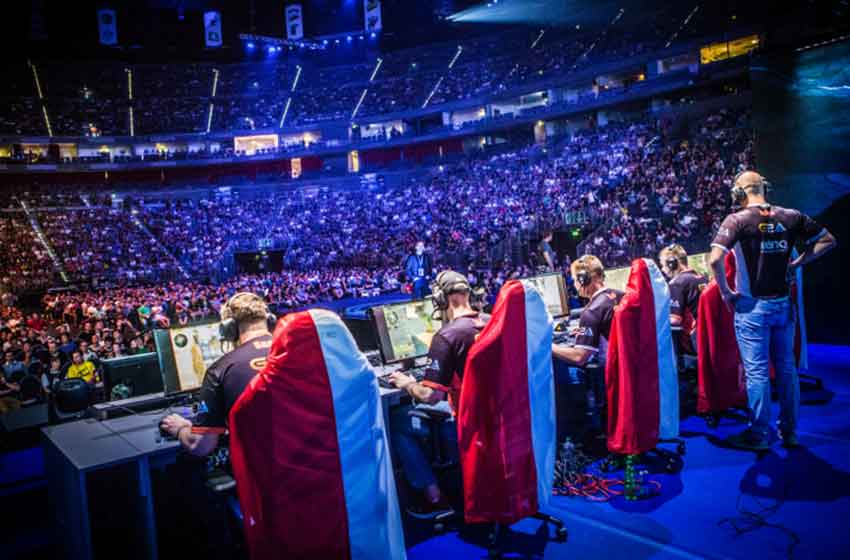 Copper Box Arena in London, the UK, turned out to be one of the popular locations for thousands to gather for an esports tournament. Thousands of fans, similarly, gathered at the Sang-am World Cup stadium in Seoul, South Korea, for the League of Legends World Championship in 2014.

Esports centres are springing up in a variety of countries where online heroes are being created and watched by people – online and offline.

The biggest esports tournaments that generate millions in prize money and a far higher number of viewers from around the world is changing fast. The online frenzy that esports has created is now translating into offline business. The change has been taking place faster than many could imagine.

A few years ago, a provincial government in China got down to building and developing a 6000-people capacity esports complex in Zhongxian. The booming internet cafes of the earlier years in the country, where millions honed their gaming skills, are now turning ripe for the spread of esports.

According to a report by Bloomberg, a company called Simplicity Esports, has 40 gaming centres across 15 US States. Allied Sports Entertainment is building new esports hubs. Its two-year-old centre in Las Vegas, US, has a 30,000 square foot HyperX exports arena. Weekly tournaments are the norm where thousands participate and many more watch.

Franchisee driven league is driving new teams and hopefuls across cities to try their hand at the opportunity, for the sport as well the business. The online to offline shift is well underway.

Even though the pandemic may have disrupted the opportunity a little bit, it is not unusual to see thousands of youngsters assembled in an arena watching the amateurs and the professionals slug it out

With over half a billion audience, the market for esports is expanding rapidly. The current shift towards more and more people watching esports could change the face of the industry too. According to Statista, the size of the audience has grown by over 25% of the last two years.

It is the change that has been brought about after the pandemic took roots that will be interesting to see. With more gaming arenas being built, suddenly a global industry has taken shape and new stadia could drive the frenzy further.

For the committed esports fan, the world’s largest facility at Arlington in the USA that spreads over 100,000 square feet, is the mecca. With dozens of gaming stations, there are separate areas for broadcasting and production studios and facilities for training. What happens inside the area does not stay there and is broadcast to fans around the world. In just two years, the online and offline model has changed the gaming opportunity.

As new online gaming stars are made it lures the average youngster even further to be part of the action. If the crowds are there, new facilities are being set up and the players want to reach out to the world, the moolah must be there.

According to this report from Business Insider, the industry revenues are expected to cross $1 billion for the first time in 2020. The APAC region has been seeing a steady growth in the global esports viewership during 2019, hitting 57%, a sharp jump from 51 per cent in 2017. 45 per cent of the gamers are driven on their mobiles.

Statista’s revenue estimates tell only part of the story. From $776 million in 2018, industry revenues jumped to $957 million in 2019. It is expected to grow nearly 50 per cent over the next three years.

Sift through the data further and it shows that sponsorship is the largest chunk of the market at $584 million while media rights earned the industry $163 million. It should not take long for media rights to grow by leaps and bounds and overtake the revenues the industry earns from sponsorships. The merchandise and ticket sales of about $50 million could also grow as the scale of offline even expands in future.

It is time for youngsters to think beyond football, tennis and cricket and imagine names like Johan Sundstein, Kyle Giersdorf, Kuro Takhasomi or even Sang Hyeok Lee. Among esports fans, they enjoy demi-god-like status.

They are the gods on the screen.