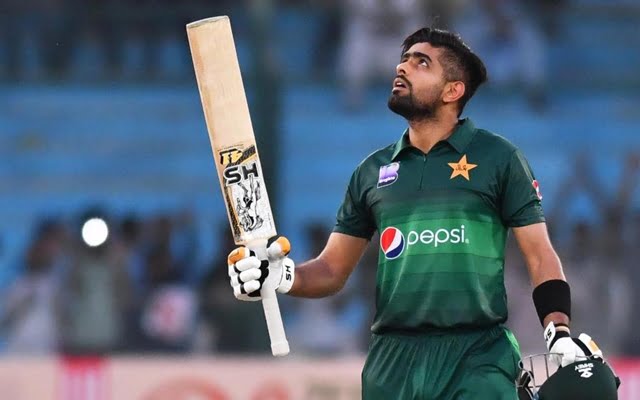 Pakistan skipper Babar Azam has dethroned his Indian counterpart Virat Kohli to become the No. 1 ODI batsman in the ICC batsmen rankings, which was released on Wednesday.

Kohli was at the top of the rankings since October 2017. However, the 32-year-old didn’t have a great ODI series at home against England due to which he slipped a place to be placed at the second spot with 857 points.

Significantly, Kohli had managed to score just 129 runs from the three ODIs against England.

On the other hand, Babar, who has 865 points, amassed 228 runs from three games, averaging 76, against South Africa recently.

“The Pakistan captain has overtaken Virat Kohli to become the No.1 batsman in the latest @MRFWorldwide ICC men’s ODI rankings,” ICC tweeted.

Meanwhile, Babar also added another feather to his cap as he has now become only the fourth batsman from pakistan to claim the numero uno spot in the ICC ODI rankings. Prior to Babar, Zaheer Abbas (1983-84), Javed Miandad (1988-89), and Mohammad Yousuf (2003) had achieved the milestone.

Also, Pakistan opener Fakhar Zaman has climbed to the seventh place after a great outing against South Africa, where he had accumulated 302 runs in the series.

In the rankings for the bowlers, New Zealand pacer Trent Boult continues to sit at the top with 737 points while Mujeeb ur Rahman, Matt Henry and Jasprit Bumrah follow him.

Bangladesh’s Shakib Al Hasan tops the list for the all-rounders’ category and is followed by England’s Ben Stokes. Mohammad Nabi, Chris Woakes and Rashid Khan are the other players in the top five.