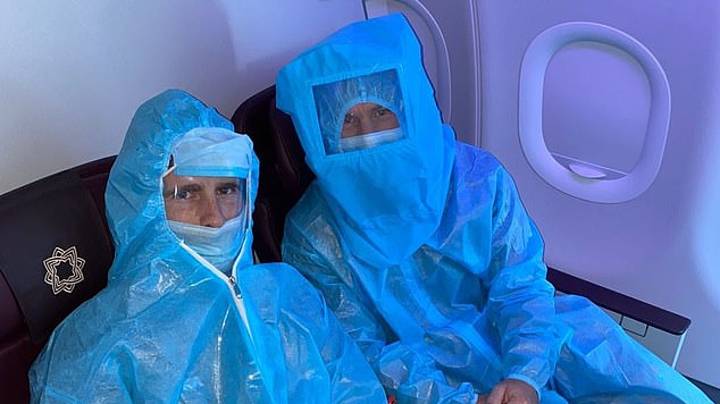 As Australia shut doors of its country for anyone flying from India, which has been ravaged by the Covid-19 pandemic, the now-suspended IPL’s Australian contingent, which comprises players, support staff and commentators, is expected to fly to Maldives before taking a connecting flight for their home.

Notably, as many as 14 Australian players along with coaches and commentators were part of the now suspended season of the cash-rich league.

“A mass exodus of Australian players, coaches and support staff to the Maldives is the expected remedy to a dilemma created by the postponement of the 2021 IPL and the current closure of the Australian border to citizens currently in India during its rampant COVID-19 outbreak,” ESPNcricinfo reported.

“There are close to 40 Australians in the IPL bubble comprising players, coaching staff and commentators,” it added.

“The likes of Pat Cummins, Steven Smith, Glenn Maxwell, Ricky Ponting, Simon Katich and company are expected to join commentator Michael Slater, who had already headed to the Maldives as a temporary post…”

Premier pacer Pat Cummins, who was featuring for KKR, called the situation unprecedented.

“Once we flew out of Australia we knew we’d signed up for 14 days quarantine coming home so you feel a bit further from getting home, but when the hard border shut no one has ever experienced that before,” Pat Cummins was quotred on The Back Page on Fox Sports.

“(It has) added a bit of anxiety for the Aussies over here but we signed up to play the tournament until the start of June so hopefully it all reopens on May 15 and we can get back,” he added.

“Cricket Australia have been brilliant along with the ACA, they are working closely with the government to get the latest information, if we can’t get home it won’t be for lack of trying from all those involved,” Cummins concluded.