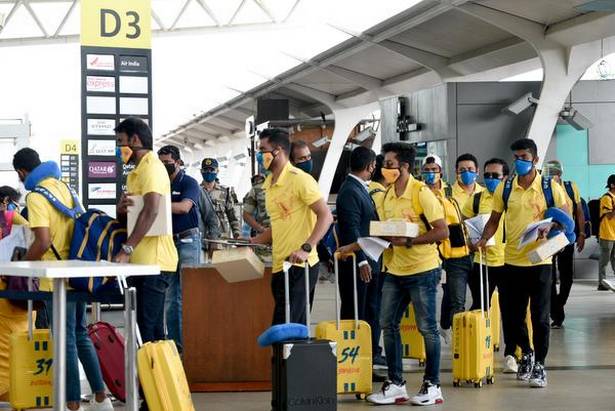 The second wave of Covid-19 has not just rocked the country but also the lucrative Indian Premier League (IPL) as several players, support staffs, groundstaffs and broadcast crew have been tested positive for the virus in the recent times even though theyhave been put under bio-bubble.

And amidst the surge in Covid-19 cases, the BCCI is reportedly going to request the Indian government for separate IPL check-in counters at airports beside daily Covid tests and the appointment of a bio-bubble integrity officer.

On Wednesday, Mumbai Indians (MI) talent scout and former India wicketkeeper Kiran More and Royal Challengers Bangalore’s (RCB) Daniel Sams tested positive. With this, the number of people associated with the IPL who are confirmed to have been infected with the virus has now gone upto 36.

Significantly, the upcoming 14th edition,which starts on Friday in Chennai, has five venues – Mumbai, Delhi, Kolkata, Ahmedabad and Chennai – and the distances between these venues make air travel necessary.

With so much travelling, airports thus become a place where players and others in connection with the league have to frequently visit, and where they face the risk of exposure to Covid-19.

Notably, in the entire nation, Mumbai and Delhi are the worst hit as these cities have witnessed a spike in Covid-19 cases recently. With such surge in cases, the respective state governments of the two cities have imposed a night curfew (though the IPL has been exempted from the restriction).

On the other hand, the other three venues have also witnessed a fresh wave of infections.

In such a scenario, the BCCI has no other way other than to request the Indian government to allow separate IPL security check-in counters at the airport, so that teams can have a secure bio-bubble to and from one venue to other.