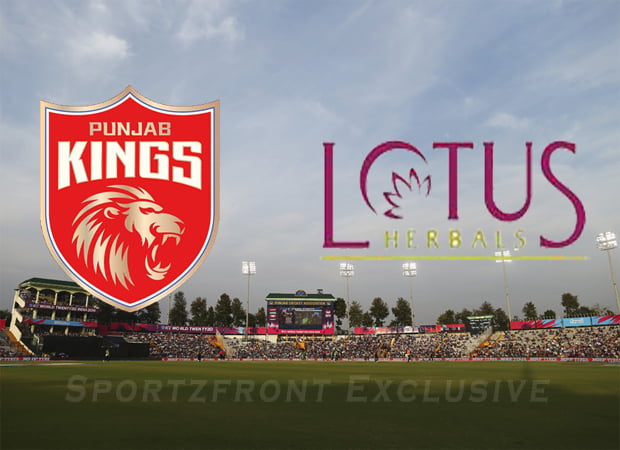 Lotus Herbals, a natural cosmetics company and one of the leading FMCG companies in India, has been roped as the principal sponsor of Punjab Kings for the upcoming season of Indian Premier League (IPL).

Although both the side have not made an offcial announcement, sources in the know of developments have confirmed the news to Sportzfront.

Earlier ahead of the IPL 2021 auction, Kings XI Punjab was renamed to Punjab Kings.

The decision to rename the franchise and the Punjab Kings new logo was taken a day prior to the IPL 2021 mini-auction.

In the previous season of the cash-rich league, which took place in UAE, was a season to forget for the Punjab-based franchise as they had once again failed to qualify for the playoffs.

The KL Rahul-led side had managed to win just six of their 14 matches.

Before the IPL 2021 mini-auction, the Punjab-based franchise had retained 16 cricketers, which include the likes of skipper KL Rahul, Chris Gayle, Mohammad Shami, Mayank Agarwal, Nicholas Pooran among others.

In the recently held auction, the franchise signed Australian cricketers like Moises Henriques, Jhye Richardson and the World No.1 T20I batsman Dawid Malan.

Vijender set to make a return to ring on March 19