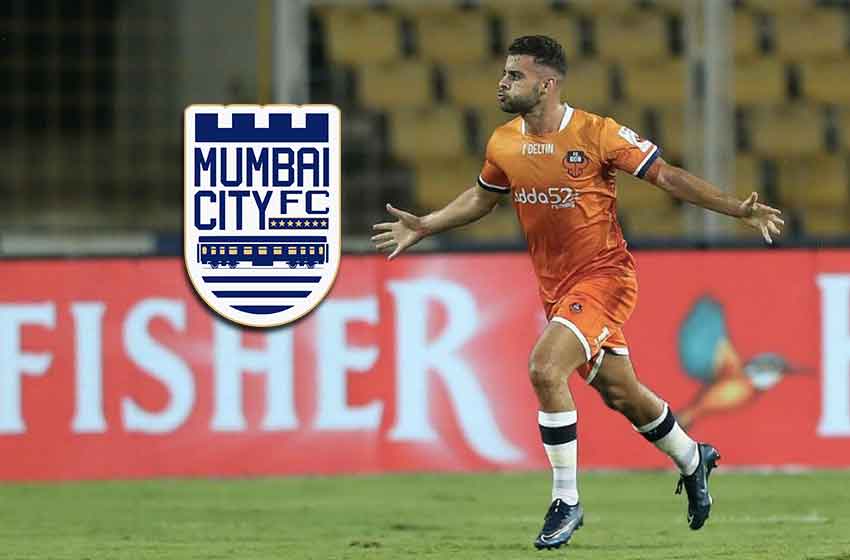 Mumbai City FC have announced the completion the signing of Hugo Boumous from FC Goa for an undisclosed fee. The attacking midfielder joins the Islanders on a contract that will keep him at the club until 2022.

The 25-year old French-Moroccan joins the Islanders off the back of an excellent 2019-20 season with the Goan outfit, which saw him win the ISL Golden Ball with 10 goals and 11 assists in 15 appearances.

Having graduated from the youth set up at Stade Lavallois in France, Boumous signed his first professional contract with the club in May 2015 and made his debut later that year. Boumous was later signed at Moroccan club Moghreb Tétouan in 2016 by then head coach Sergio Lobera. He went on to play for the club for a season and a half, playing his debut campaign at Moghreb under the Spaniard’s tutelage.

In January 2018, he followed Lobera to FC Goa, where Boumous managed to register an impressive tally of 20 goals and 17 assists in 47 games across all competitions, winning the ISL League Shield (2019-20) and the Super Cup (2019) in the process.

Hugo Boumous said: “It is a huge honour for me to be joining a club like Mumbai City. It is no secret that I have had a very successful working relationship with coach Sergio Lobera. He knows how to bring out the best in me and I am delighted to be joining him and my new teammates at this ambitious club. I had a great last season but I want to get better and I want to win trophies.

“I have, of course, followed Mumbai City during my time in India. There were options to go to some other places both, in India and abroad, but with the project here and City Football Group’s involvement with the club, I knew this is the right move for me. I have big ambitions for myself, and there is no better place to achieve those than Mumbai City. I am really looking forward to contributing to the team’s success in the coming years.”

Head coach, Sergio Lobera added,  “Hugo is one of the finest footballers to have played in India. His numbers and his accolades speak volumes about what he can bring to our team. I have worked with Hugo in the past; he has immense experience and guile for his age. I am glad we could bring him to Mumbai City and I am expecting him to play a crucial part in us achieving our collective ambitions.”