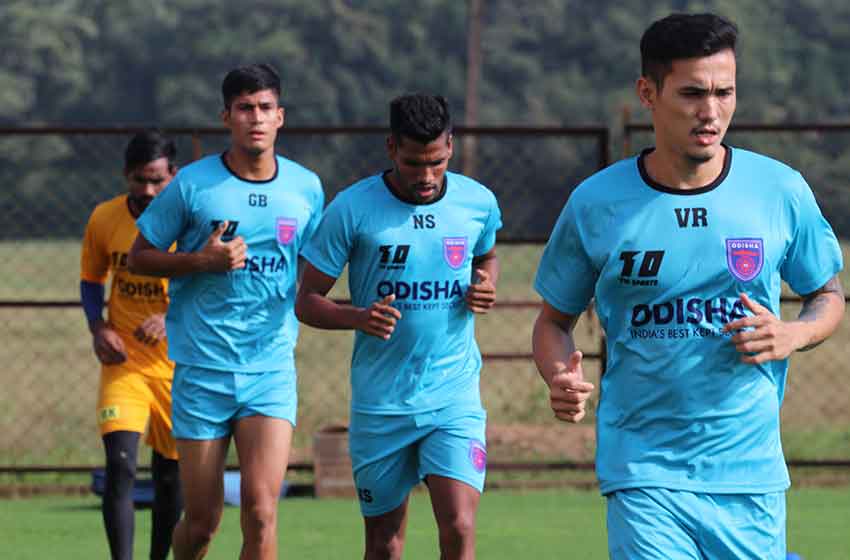 The Indian contingent of Odisha FC started training in groups adhering to all the health and safety norms laid out by the League on Saturday.

The players under the guidance of Indian Assistant Coach and former international midfielder Steven Dias started training at their designated training pitch at Betalbatim, Goa, to gear up for the upcoming season fo the Indian Super League.

Expressing his delight after getting on to the field for training, Dias said, “I am very excited and delighted that finally we have started training on field and I am sure that the players must have been waiting for the same as well. They have worked hard in their respective rooms following the fitness training guidelines by our Strength and Conditioning Coach Joan (Casanova). We all are looking forward to it.”

Odisha FC’s Head of Football Operations Abhik Chatterjee explained, “This training session was a very special one for all the players and the staff because everybody set foot on the pitch after a long period of time. The joy and the enthusiasm that the players had was very visible and it showed in the training session. Everybody was just grateful to be practising and training again.

“Hopefully, the players can keep this level of commitment and enthusiasm going as we will look to go from strength to strength in our pre-season training window under Head Coach Stuart Baxter soon and prepare and give our best in the Indian Super League season.”