Kapil Dev back home after angioplasty 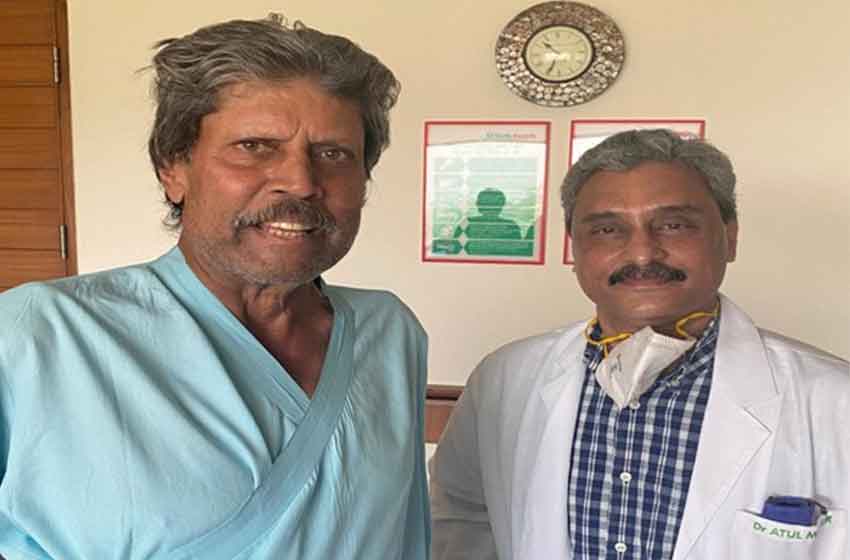 The 1983 World Cup-winning captain was brought to the emergency department of the hospital on late Thursday night with complaint of chest pain.

He was diagnosed with a blockage in his heart arteries. An angioplasty procedure was followed to clear the blockage.

The hospital in a statement has said that Kapil is doing fine.

Dr Mathur, director of cardiology at the Escorts hospital, had performed the coronary angioplasty procedure after preliminary investigation had revealed the blockage.

“Dr Atul Mathur did Kapil paji angioplasty. He is fine and discharged. Pic of @therealkapildev on time of discharge from hospital,” his former India teammate Chetan Sharma tweeted along with a photo of Kapil and the doctor who performed the procedure.

Among the finest all-rounders of his era, Kapil remains the only cricketer to take more than 400 wickets and score over 5,000 runs in Test cricket. He for long held the record for highest Test wickets – 434 from 131 matches.