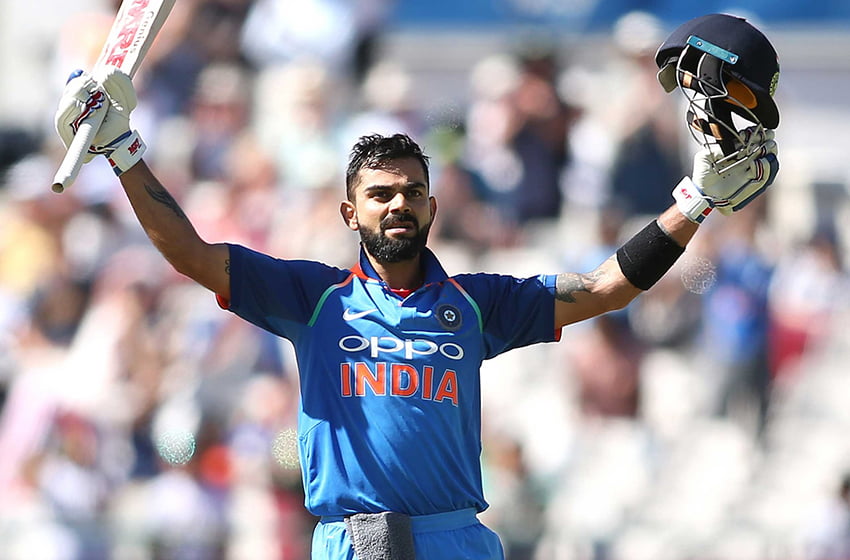 Team India skipper Virat Kohli added another feather to his already illustrious cap as has been named the One Day International (ODI) cricketer of the decade for the 2010s in the 2021 edition of the Wisden Cricketers’ Almanack.

The run-machine was also a part of the Indian team which lifted the 2011 World Cup at the start of the decade. Later, Kohli went on to establish himself as one of the leading batsmen in all formats of the game.

He had scalped 335 wickets in the ten-year stretch, which is more than any other bowler in a single decade.

On the other hand, Indian batting legend Sachin Tendulkar and legendary former all-rounder Kapil Dev have been named for the 1990s and 1980s respectively.

While Tendulkar scored nine ODI hundreds in 1998 alone, which is more than any other batsman in a single calendar year ever, Kapil claimed more wickets than any other in the 1980’s.

Kapil also scored at the highest strike-rate of any batsman with more than 1000 runs. He had also led India to a memorable World Cup win in 1983.

West Indies batting great Viv Richards was named the ODI cricketer of the year for the 1970’s, which was the first decade of the format.

England all-rounder Ben Stokes was declared the Cricketer of the Year for a second successive time and Australia’s Beth Mooney was awarded Leading Women’s Cricketer in the World by the annual publication.

“To commemorate the 50th anniversary of the first One-Day International, five ODI cricketers of the decade have been named in the 2021 edition of the Wisden Cricketers’ Almanack.

“One cricketer has been named for each of the decades between 1971 and 2021, with India captain Virat Kohli taking the award for the 2010s,” Wisden said on its website.