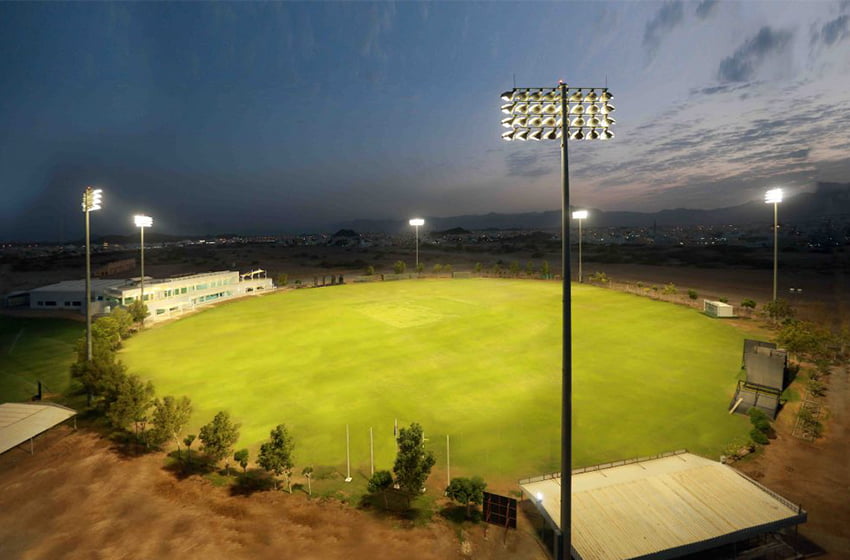 The country of Oman is all set to host a two-Test series between Afghanistan and Zimbabwe in February. The matches will be played at Oman Cricket Academy Ground 1 after the International Cricket Council (ICC) granted approval. With this achievement, Oman will become the second nation in the Gulf region to stage a Test match.

So far, Test matches have been played in 22 nations across the world while 122 stadiums have hosted the traditional game. The first officially recognized Test match was played between Australia and England in Melbourne in March 1877.

Oman began as an affiliate member of the ICC in 2000 and gained Associate member status in 2014. The permission to host Test cricket can be considered as a major step forward for the country as far as cricket is concerned. The Khimjis, a well-known business family in Oman, happens to be the reason behind cricket thriving in the country. The chairman of Oman cricket is Kanak Khimji, a passionate cricket lover, and businessman.

Pankaj Khimji, the son of Kanak, who represents Oman in the ICC meetings, ensured that his country becomes a Test venue. Expressing his delight, he said: “To see Test cricket being played in Oman is a dream come true.” He went on to hail his father’s efforts in chasing a dream to bring Test cricket to Oman.

This news has lifted the spirit of cricket enthusiasts in Oman and their national team players. Speaking to krbuzz.blogspot.com, Chaitanya Khimji, former treasurer of the Oman Cricket, said: “Oman cricket will grow by leaps and bounds with this opportunity granted to them. Truly a momentous occasion and very happy that this is happening for cricketers and cricket supporters of Oman.”

Former Sri Lankan captain Duleep Mendis, who is the Chief Development Officer at Oman Cricket, thanked chairman Kanak Khimji and the board of directors for guiding Oman through tough times. The Oman Cricket Academy is one of the finest coaching facilities in the Gulf region and has unearthed many talented cricketers.  After the UAE, it is only Oman from the Gulf region and an associate nation that has Test, ODI, and T20 status.

Oman Cricket was presented the Best Cricket Development Programme Award for National Youth Development Project during the 2014 Asian Cricket Council Conference.
With Test cricket, One Day Internationals, and T20 Internationals to be held on this ground, cricket enthusiasts will be able to watch high-level cricket that is needed for the improvement of their game. Plans are on to boost the seating capacity at the ground before the historic first Test match.

In 2015, Oman created history by becoming the second cricketing nation from the Gulf to qualify for a World Cup event when they booked their place in the International Cricket Council (ICC) World Twenty20. Madhu Jesrani, secretary of Oman Cricket, soon after this achievement, had said: “This historic achievement has happened on Oman’s Renaissance Day (which marks the anniversary of the Sultan’s ascension to the throne in 1970) and hence we dedicate our triumph to our ruler Sultan Qaboos and the government which has supported our efforts in a big way.”

The enthusiasm for cricket in Oman is so high that their national team may soon become a Test-playing country as well.

Reports say that India will not fly to Brisbane, CA waiting for confirmation