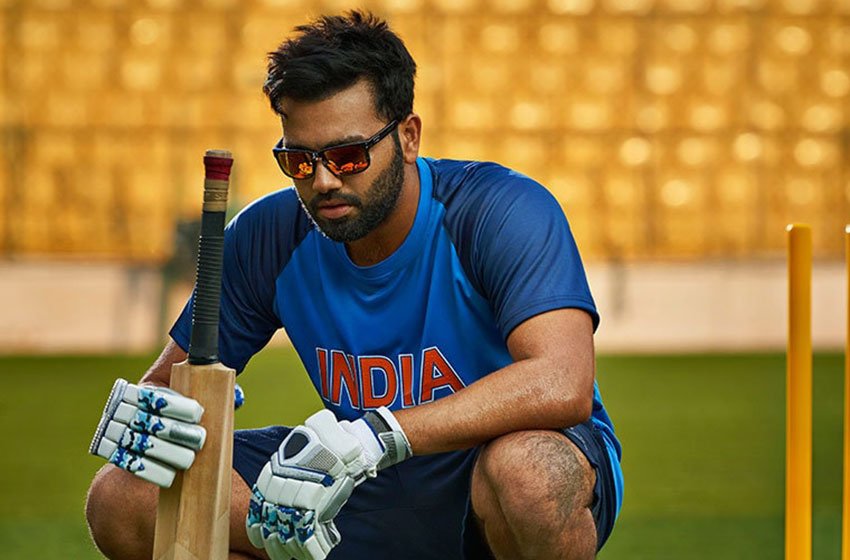 Rohit Sharma will not be travelling to Australia as the Indian contingent flies from Dubai to Australia for playing the limited overs and Test series during the Summer Down Under.

Rohit will return home for rehabilitation. He had suffered a hamstring injury. Though he had returned to lead Mumbai Indians to the record fifth IPL title, he has decided to not to take any chance during a long overseas series.

Having played a captain’s knock on the night of the 13th edition of the Indian Premier League final Rohit Sharma is now set to shift focus to the Test series against Australia that gets underway from December 17 at the Adelaide Oval.

And this will see the Mumbai Indians skipper hit the National Cricket Academy and complete rehabilitation as he injured his left hamstring during the league.

Speaking to ANI, sources in the know of developments said that while he is set to fly back to India with the rest of the Mumbai Indians (MI) unit, he is expected to head to the NCA post-Diwali and complete his rehab.

“He (Rohit) will return with the team to Mumbai and then head to the NCA as is the rule with contracted India players who are recovering from any injury. You can expect him to spend Diwali at home and then head to Bengaluru. He is an integral part of the Test team and his job will be all the more crucial as Virat Kohli is set to skip the last three Tests,” the source said.

The first Test is set to be played under lights from December 17 to 21 at the Adelaide Oval. The second is the Boxing Day Test which will be at the Melbourne Cricket Ground from December 26 to 30.

The third Test will be at the Sydney Cricket Ground from January 7 to 11 and the final Test at the Gabba from January 15 to 19.

Meanwhile, the last set of Indian players who will be travelling to Australia joined the bubble hours after the final between Mumbai Indians and Delhi Capitals at the Dubai International Cricket Stadium.

“The last batch of players came in after the final on Tuesday night. Those who were part of the MI unit did miss out on celebrating the win with the rest of the boys at the team hotel, but they can always celebrate after returning from national duty,” the source said.

Coming back to Mumbai Indians’ historic fifth IPL title in 13 editions, Rohit said that it was a complete team effort that saw Mumbai dominate the tournament from the word go.

“I am quite happy with how things went the whole season. We said at the start that we need the winning habit. We could not have asked for anything more, right on the money from ball 1 and we never looked back. I think a lot of credit goes to the people who worked behind the scenes – often they go unnoticed,” Rohit said.

“Our work started long before the IPL started, and we wanted to make sure we filled the gaps in previous seasons. I had to find the balance to get the best out of them. I am not someone who can run behind them with a stick, and it is important to instil confidence in the players.

“Krunal, Hardik, and Pollard have done their job for a long time, they know their roles. Rahul missed out today, and we need to make sure we put an arm around him and assure him that he did not do anything wrong and that it was a tactical move. We made sure Ishan and Surya had confidence – just have to let Ishan loose, and Surya is a more matured player.”