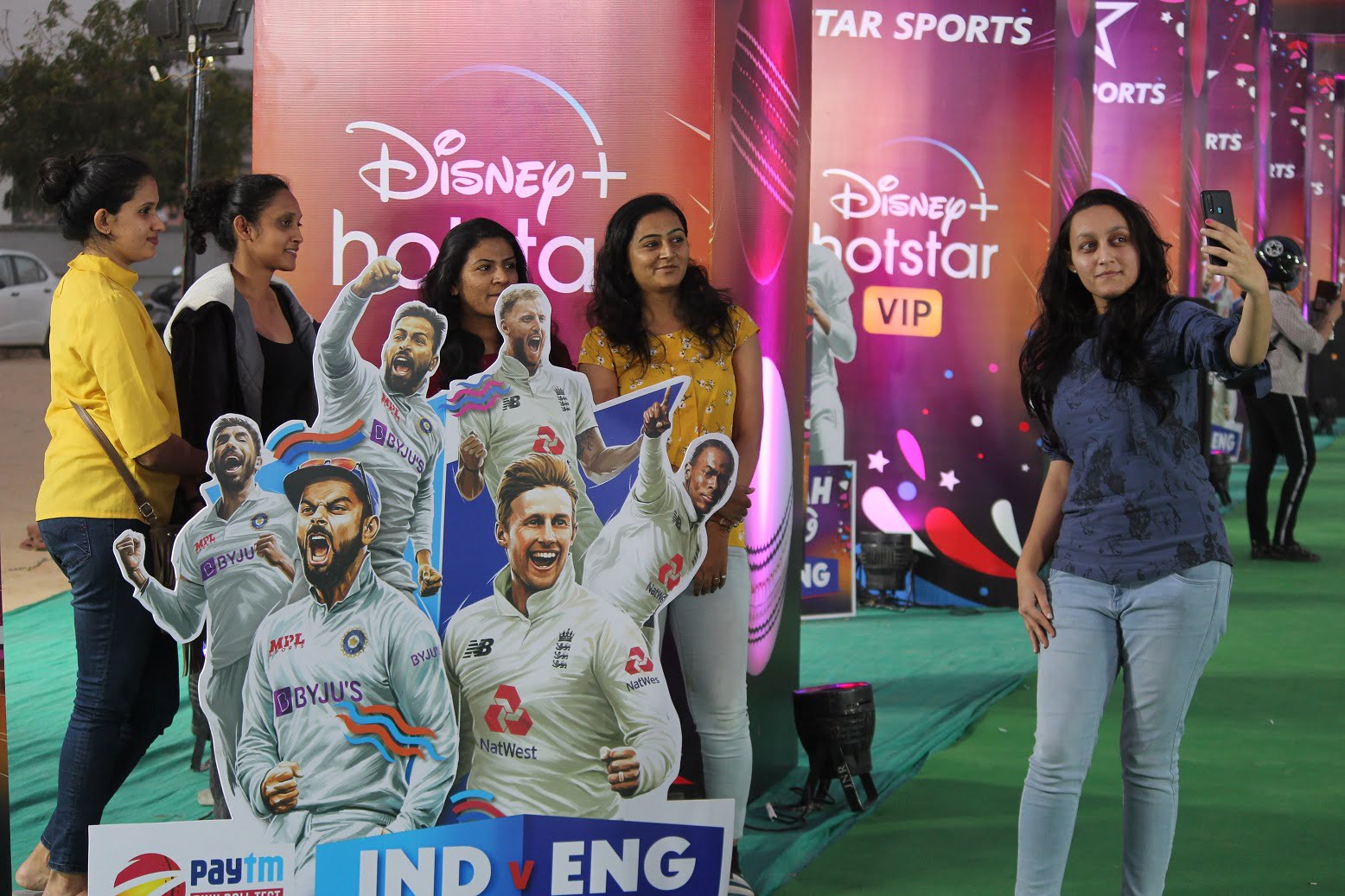 An evenly poised series, revved up rivalry, heightened fanfare and nail-biting action are some of the ingredients fans have been witness to, in the ongoing India-England series.

#IndiaTaiyarHai for some more electrifying cricket action, as the caravan now moves to Gujarat for the third iconic ‘Pink Ball’ Test, that will be the first International match to be played at the world’s largest cricket stadium, ‘Sardar Patel Gujarat Stadium’, popularly known as the ‘Motera Stadium’ from February 24.

To celebrate the upcoming Pink Ball Test & T20I series, Star Sports, the official broadcasters of the series, has lined up a host of activities to bring alive the festival of cricket in the city of Ahmedabad. #AmdavadTaiyarChe!

Star Sports has set up a Cricket Carnival, bringing ‘Cricket Ka Raas’ to life, in the city of Amdavad by taking over the Sabarmati Riverfront. The carnival welcomes fans with Gate Arches with red, pink, and white balls symbolizing the formats of the matches that will be played at Motera – World’s largest cricket stadium. With selfie points, player cutouts, music and lighting, fans are in for a celebration of ‘Cricket Raas’.

With 24 days of LIVE cricket action in the largest stadium of the world, the broadcaster continues celebrating the return of cricket to Indian soil, with a special promo featuring Boman Irani followed by a ‘Cricket Raas’ Anthem, capturing the spirit of Gujarat. Stoking the passion for cricket in the city, the anthem is composed by Mayur Jumani, who is famous for his mashups on social media.