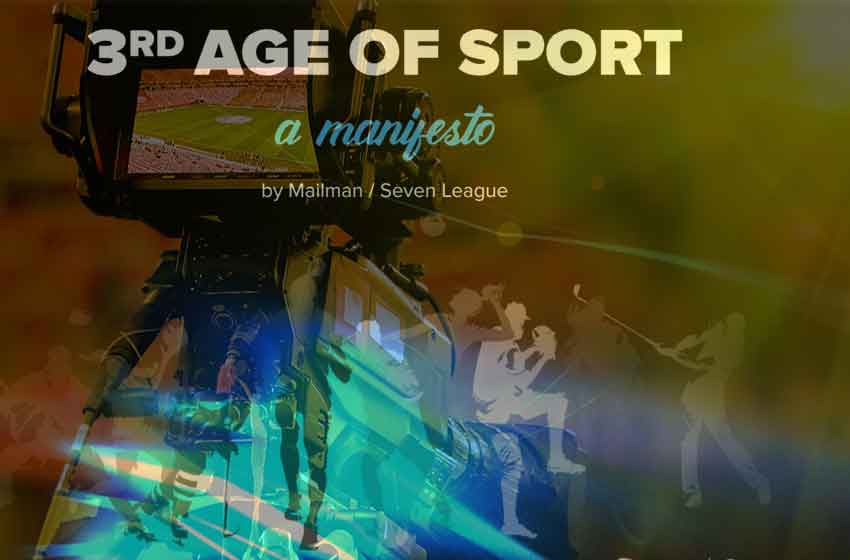 Sports business is unlikely to make further gains in media rights values. A majority 83% respondents in the Seven League consultancy survey has opined that the sports media rights have witnessed a “high water mark”.

The overwhelming majority of the leading sports media rights professionals opined that the correction is due in the media rights values.

Sports digital agency Mailman and Seven League consultancy have jointly carried out the study The 3rd Age of Sport manifesto, which involved 30 sports executives with direct experience in rights negotiations.

“Growth of global sports properties has been driven by rapidly inflating broadcast media rights and yet the signs are there that these rights have reached a high water mark. In a recent Seven League study canvassing the opinions of senior sports executives, collectively representing 4B fans across the world, 83% believe that a rights correction is due,” states the report.

“In its 3rd Age, sport will need to diversify its revenues, adapting from an over-reliance on broadcast fees to become a fully-rounded media business.”

The report has also suggested ways to mitigate the impact of the stagnation or fall in media rights values. The study, as reported by sportspromedia.com, advises to diversify revenue streams to incorporate ecommerce, streaming, ticketing, sponsorship, membership, loyalty and wagering.

The COVID-19 pandemic, suggests the report, has already given impetus to the sports industry for transition as digital disruption the landscape, including content, sponsorship, data, streaming and competition for audience attention.

“While we may have reached Everest with many media and sports properties, international audiences are proving to show sports are increasingly becoming more global and with that presenting new broadcast and digital rights opportunities,” said Mailman Group chief executive Andrew Collins.

“Global platforms such as Facebook, YouTube and Twitter have accelerated the need for an international ‘multi-platform, multi-product’ strategy – rights holders who are able to adapt quickly should realise gains.”

“Digital transformation has given sports the opportunity to go direct to consumer, but the same power has been given to everyone else,” added Seven League chairman Richard Ayers. “Amazon and the other big tech companies are the gatekeepers. Sponsors can be more certain of their ROI by going direct. And those who have the data have the power.

“Meanwhile, people have become fixated on “owning the audience” when the audience does not want to be owned. Trust is the currency of the future. Sports must master the value exchange, and through that build trust.”

The report also suggests that the OTT market will have an important role to play in the changing broadcast sphere. “In sport, a host of broadcasters, individual sports leagues and new pureplay providers are entering the OTT market, enhancing the choices and confusion that consumers face. Meanwhile sporting formats themselves are getting
shorter, more digestible, packaged and sold in new and innovative ways, states the report. Faced with shorter, high impact and on demand mobile experiences, younger people are tuning out of longer sports broadcast formats that don’t engage them.