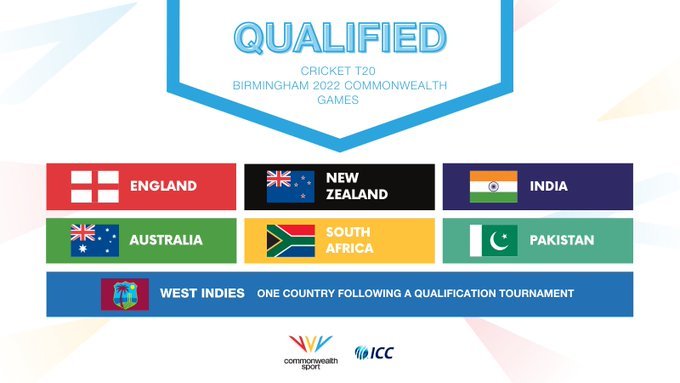 The International Cricket Council (ICC) has become the first governing body for any sport to announce the qualifying teams for the 2022 Birmingham Commonwealth Games (CWG), scheduled to be held between July 28 and August 8 next year.

Notably, the gentleman’s game is making a comeback to the showpiece event with women’s cricket featuring in the Games for the first time in 22 editions and men’s cricket for only the second time ever.

As per the format of the event, the six qualifiers who will will join hosts England in the eight-team Twenty20 competition are Australia, India, New Zealand, Pakistan, South Africa, and a country from the West Indies.

All these countries had secured qualification on the basis of their standings in the ICC Women’s T20I team rankings on April 1, 2021.

ICC acting chief executive Geoff Allardice said: “We are proud to be part of Birmingham 2022 and it is a fantastic opportunity for us to continue to grow the women’s game globally. We are committed to maintaining the momentum that saw 86,174 fans packed into the Melbourne Cricket Ground for the final of the ICC Women’s T20 World Cup last year and Birmingham 2022 gives us another global stage on which to showcase the women’s game.”

Commonwealth Games Federation president Dame Louise Martin said: “It is an exciting milestone to be announcing the first teams to qualify for the Birmingham 2022 Commonwealth Games. Cricket is a sport that is synonymous with the Commonwealth, and we are excited to have it back in the Games for the first time since the men’s competition at Kuala Lumpur 1998.”