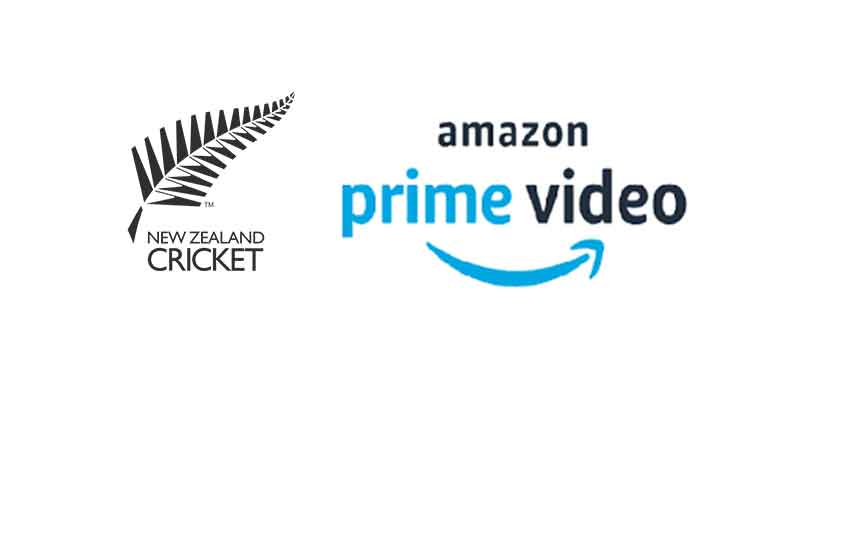 Amazon Prime Video has announced its first foray into live sports in India, with the acquisition of India territory rights for New Zealand Cricket through 2025/26. With this announcement Amazon Prime Video becomes the first Indian streaming service to secure exclusive live cricket rights from a major cricketing board.

Under the multi-year deal between Amazon and the New Zealand Cricket Board, Prime Video will become the one-stop streaming destination for all international cricket matches to be played in New Zealand for both men’s and women’s cricket, across ODI, T20 and Tests starting late 2021. The deal includes Team India’s tour of New Zealand in early 2022, and a second tour, the dates for which will be announced later. The rights for 2020-2021 season starting later this month is intended to be syndicated by Amazon.

The Indian men’s cricket team receives unrivalled support and unites fans across the entire country. With two highly-anticipated tours of the Indian team to New Zealand, over the next 6 years, cricket fans in India are in for a treat! The New Zealand men’s cricket team, also known as the Black Caps, enjoys world-wide popularity and is ranked No.3 in ODI and No. 2 in Test Cricket by the International Cricket Council.

“We are excited to add India’s most loved game—Cricket—to our content selection for our Prime Video customers, and we are thrilled to work with New Zealand Cricket on this endeavor as they have a strong, passionate and much-loved cricket team, and the cricketing rivalry between the two countries has been fantastic. We are happy to make this collaboration with New Zealand Cricket our first live sport offering in India, and are confident that our Prime members will be delighted with this initiative”

“This partnership with Amazon Prime Video is massive for NZC – we’re delighted and proud to be teaming up with such a famous and successful brand. As we’ve said before, the future of live sport is streaming and in Amazon Prime Video we have a partner right at the center of the industry; innovative, trend-setter and well-known for putting fans and subscribers first,” said David White, Chief Executive New Zealand Cricket.

“One of NZC’s key goals is to extend our teams’ global reach and to build closer relationships around the world and, in terms of that particular objective, we don’t think we could be in better hands. India has always been important for viewership of NZC; no other country follows cricket like India, so it’s exciting to be announcing this agreement with India’s leading streamer,” he added.

Fans can also subscribe to streaming services such as Eurosport, MLB.TV, NBA League Pass, and PGA TOUR LIVE through Prime Video Channels. This in addition to a selection of popular docuseries for sports fans, including The Test: A New Era for Australia’s Team, which follows the Australian men’s cricket team during the 2018/2019 season, and Emmy-winning Amazon Original All or Nothing, among many others.

New Zealand Cricket will join these and thousands of TV shows and movies from around the world in the Prime Video catalogue. These include Indian films like Chak De India, Sultan, V, Gulabo Sitabo, Shakuntala Devi, Nishabdham, Ponmagal Vandhal, LAW, CU Soon, V, French Biriyani, Sufiyum Sujatayum, Penguin along with Indian-produced Amazon Original series like Inside Edge Season 1 and Season 2, Bandish Bandits, Breathe: Into The Shadows, Paatal Lok, Four More Shots Please, The Family Man, Comicstaan – Semma Comedy Pa, Made In Heaven as well as award-winning and critically acclaimed global Amazon Original series like Tom Clancy’s Jack Ryan, The Boys and The Marvelous Mrs. Maisel, and movies like Borat Subsequent Moviefilm and My Spy. All this is available at no extra cost for Amazon Prime members. The service includes titles in Hindi, Marathi, Gujarati, Tamil, Telugu, Kannada, Malayalam, Punjabi, and Bengali.