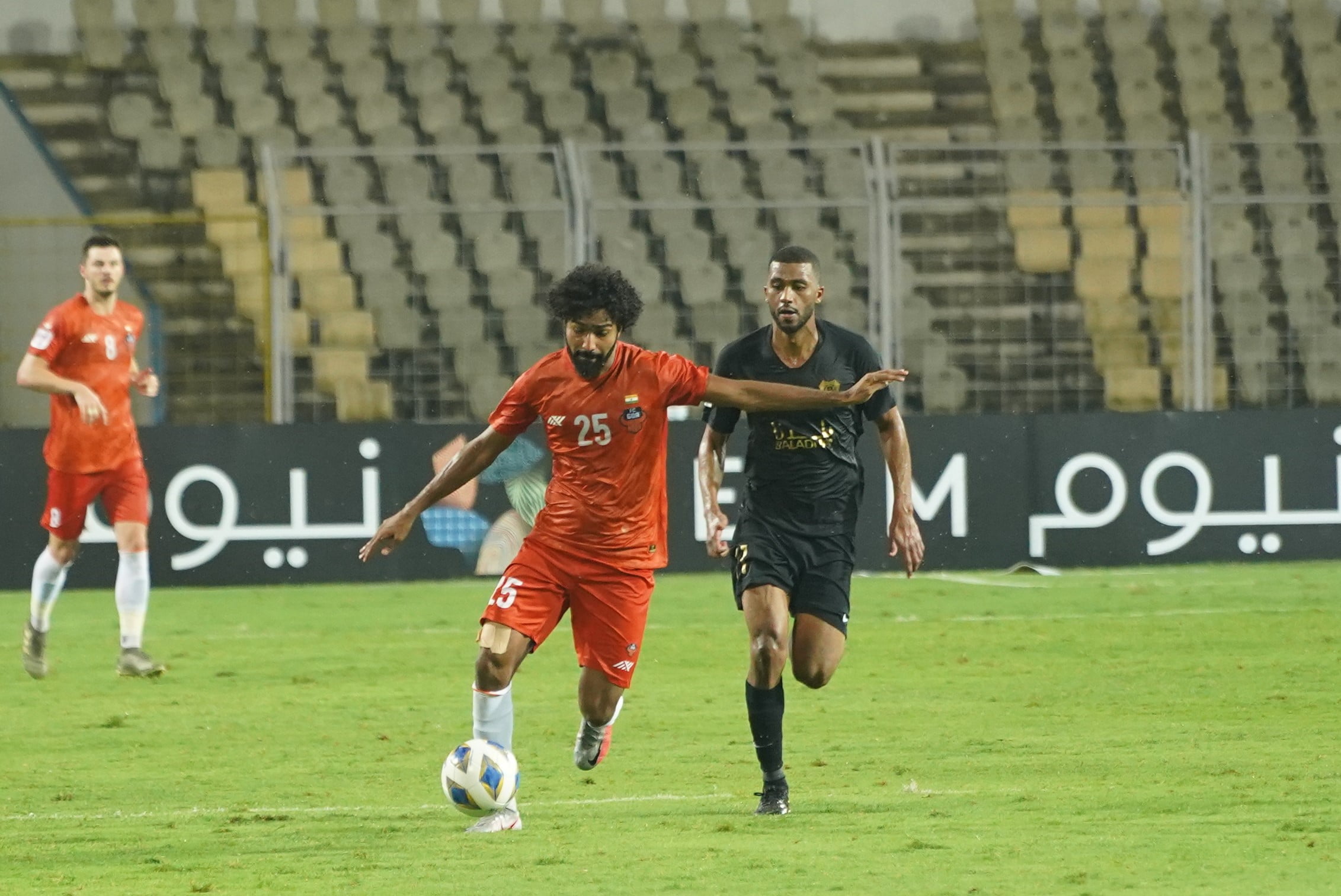 Juan Ferrando gave Ishan Pandita his first start in FC Goa colours as James Donachie and Ivan Gonzalez started as the favoured pair at the back. There was also a start for Sanson Pereira and Brandon Fernandes, the latter’s availability serving as a real boost after the Indian international missed a chunk of the ISL season owing to injury.

Once the opening whistle blew, it was Al Rayyan who started brighter, sensing an opportunity to pounce as FC Goa played out from the back. They fashioned the first chance of the game as early as the sixth minute as Yacine Brahimi emerged with the ball in a dangerous area as the Gaurs gave away possession.

Thankfully for Ferrando’s men, his shot flew wide, but a similar opportunity presented itself just three minutes later as Yohan Boli hit the side netting following another sloppy giveaway from the home side.

Goa sorted themselves out at the back soon after and started dictating the tempo as the game went on, and had their best chance of the half just five minutes from the halftime whistle. Alexander Romario struck a ferocious effort towards goal, and it needed dealing with from Fahad Younes in the Al Rayyan goal.

Abdulaziz Hatem let fly from a distance just before the end of the first period, but his shot was wide enough not to trouble Dheeraj Singh in the Goa goal.

The Gaurs gave a good account of themselves in the first half and looked ready to mount something even better as the second half rolled in.

The second period saw much the same resistance from the Men in Orange, even though the Qataris bossed much of the possession in the early stages.

Dheeraj was largely unworked as Goa played on the counter, and perhaps should have had a penalty in the 76th minute as a cross from Romario down the right came looking for Ishan Pandita. The striker was convinced that the ball struck the hand of Mohammed Alaaeldin, but the referee waved play on.

Replays clearly showed the ball clearly hitting the hand of the Al Rayyan defender, but a golden opportunity to take the lead was gone.

At the other end, some desperate defending was needed in the final ten minutes, and multiple heroic efforts from Ivan Gonzalez and co in the backline kept the hosts in it.

Dheeraj made a point blank save from Boli in the 86th minute as the Ivorian found himself with a free header, while Shoja Khalilzadeh headed the ball into the side netting in the 90th minute following a deep cross from the right flank.

Despite the tiring minds and exhausted bodies, Goa displayed grit and determination to see the final tense moments out and held on to achieve a historic draw against one of the toughest teams in the competition.