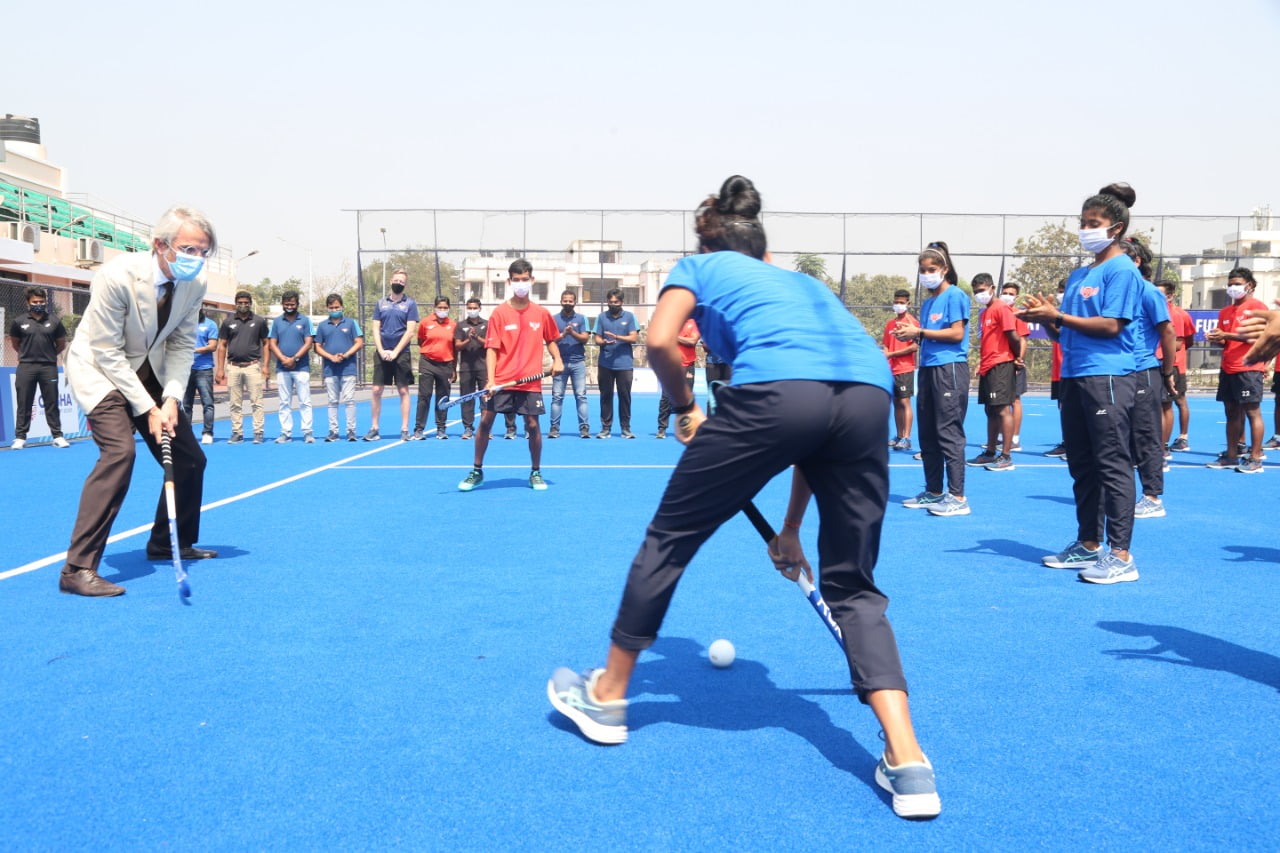 At the Hockey HPC, Ambassador interacted with trainee cadets and took the stick to play a few shots of hockey with the young players who were awe-struck by his presence and elated too to have such a diplomat amongst them on their blue turf. Project Director of the HPC, Rajiv Seth, gave an over view of the thriving Hockey ecosystem in Odisha.

The ambassador also shared a few words of inspiration with the cadets.

Thereafter, at the ABTP Sports Science Centre he had a virtual interaction with Olympian gold medalist, Abhinav Bindra and was demonstrated the bio mechanical assessment and rehabilitation facilities by the head of the centre, Pradeep Pillay.

The ambassador expressed his delight on seeing the facilities at the Stadium.

We are taking this very seriously: Rijiju on hosting Olympics